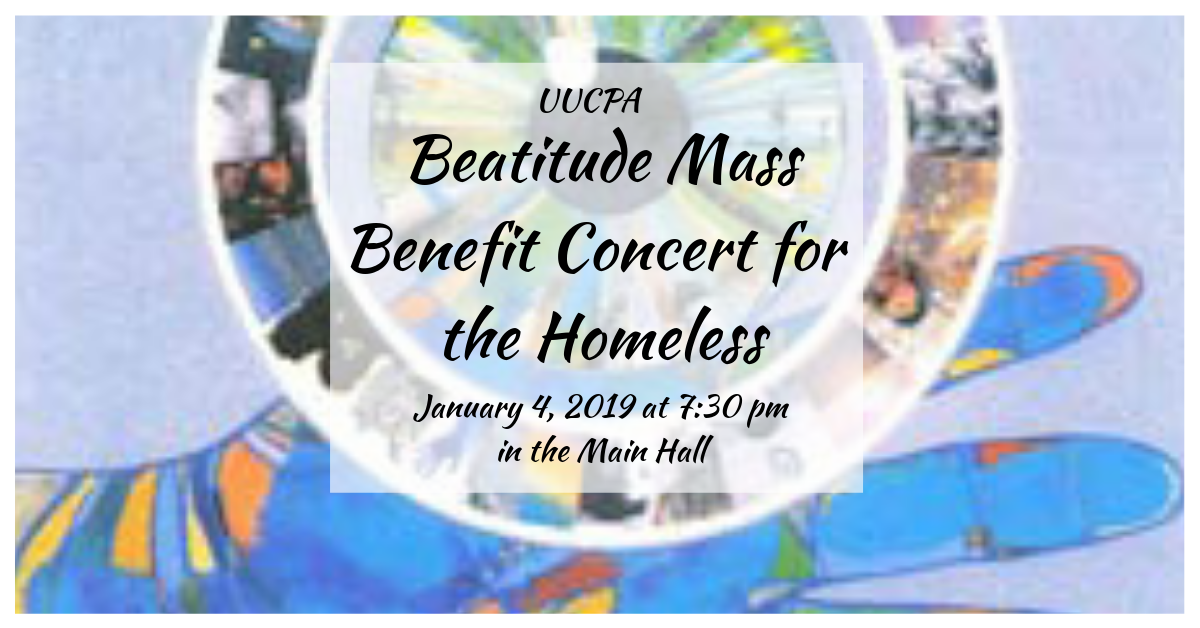 UUCPA will host a benefit concert for the homeless on Friday, January 4th at 7:30 PM. This concert will be performed and sponsored by the “Beatitude Mass Choir“, a recently formed organization whose purpose is to raise money for people in poverty. Every penny donated at the concert will be given to the church, and the church will donate the money to “Dignity on Wheels“, an important local charity which rebuilds the lives of the homeless one shower and laundry load at a time. It’s two mobile units, each containing laundry facilities, a shower, and an ADA-compliant shower, travel to nine locations around San Mateo and Santa Clara Counties.

The chorus, musicians, and conductor Henry Mollicone, formerly a music director at UUCPA, work as volunteers and none of your donations will be used to pay them for their services. The concert will also include vocal solos and instrumental pieces along with a performance of the beatitude mass.

The composition “Beatitude Mass” has been performed in various states and in the UK during the last 11 years, and has raised well over $200,000.

Please join us for a lovely evening benefiting this worthy cause.

More information about the choir and concert can be found here.