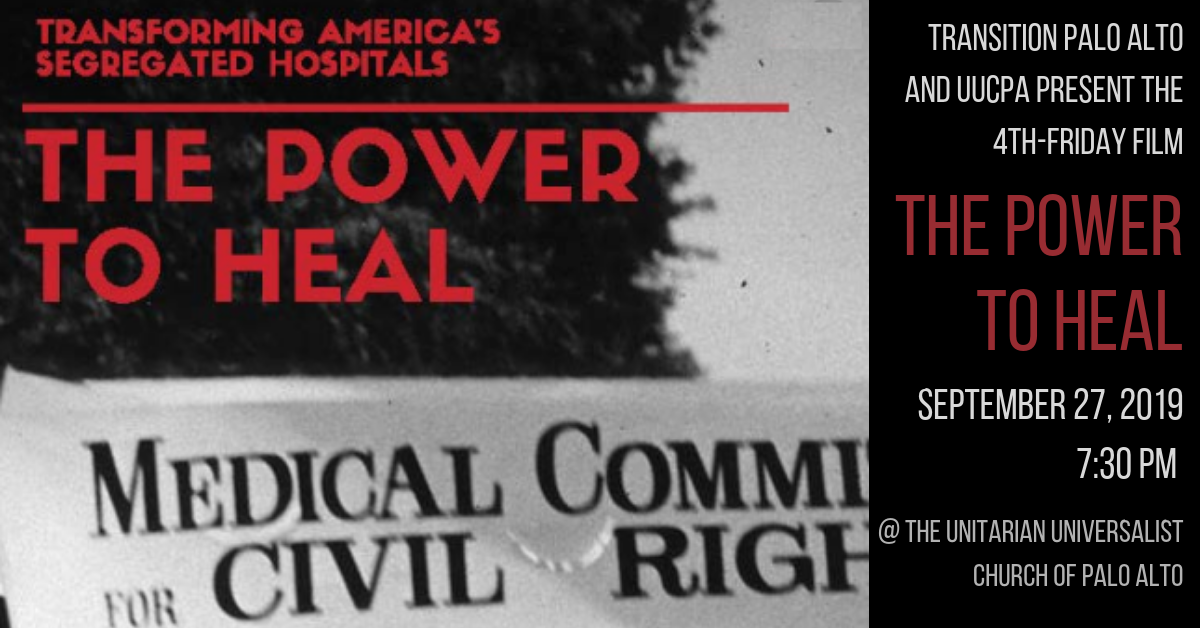 “Power to Heal shows both the destructive legacy of racism in American health care and the potential for collective action to redress these wrongs. We should be inspired by Medicare’s role in desegregating our nation’s hospitals, and should insist on further reform…to address the systemic racism that plagues patients of color to this day.” Dr. Claudia Fegan, National Coordinator, Physicians for a National Health Program

As we as a society continue to struggle with persistent, systemic racism and the urgent need for universal, affordable healthcare, Fourth Friday will take a close look at a little known, but remarkable connection between the two issues.

Power to Heal recounts a poignant chapter in the historic struggle to secure equal and adequate access to healthcare for all Americans. Central to the story is the tale of how a new national program, Medicare, was used to mount a dramatic, coordinated effort that desegregated thousands of hospitals across the country in a matter of months.

Before Medicare, disparities in access to hospital care were dramatic. Less than half the nation’s hospitals served black and white patients equally, and in the South, 1/3 of hospitals would not admit African-Americans even for emergencies.

Using the carrot of Medicare dollars, the federal government virtually ended the practice of racially segregating patients, doctors, medical staffs, blood supplies, and linens. Power to Heal illustrates how Movement leaders and grass-roots volunteers pressed and worked with the federal government to achieve a greater measure of justice and fairness for African-Americans.

After the film, we hope you stay to reflect together on the film and the lessons it might have for the continuing struggles for social justice and equal access to healthcare.