John Henryism and the Health of African Americans 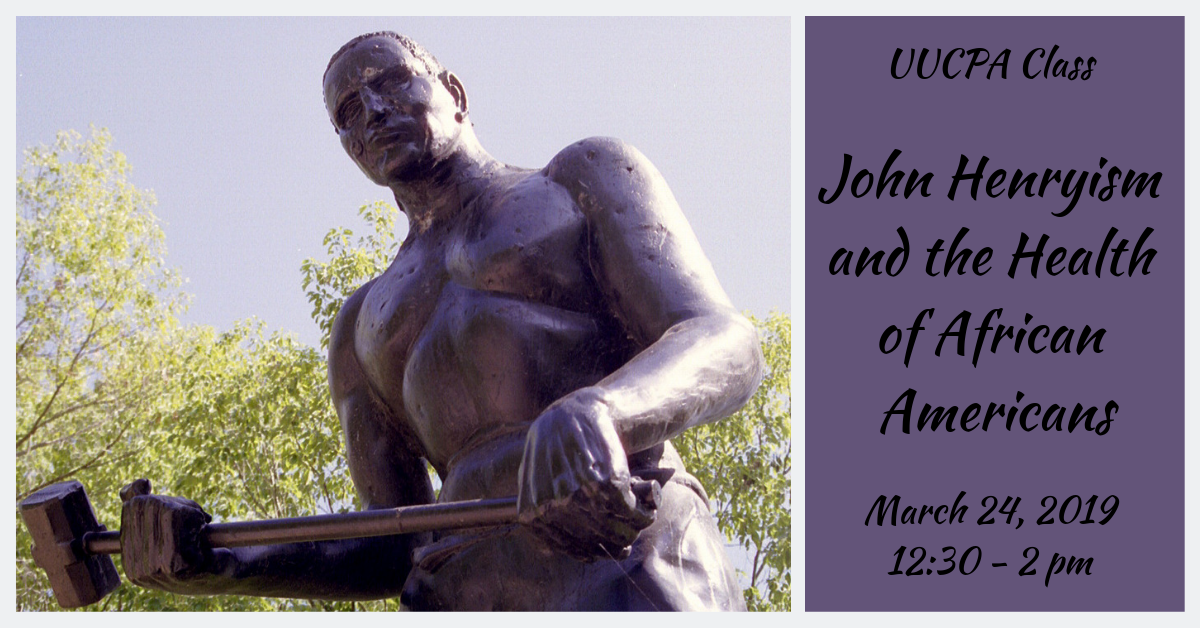 JOHN HENRYISM AND THE HEALTH OF AFRICAN AMERICANS

This presentation will be based, in part, on a book that Dr. James is writing this year, while a Fellow at Stanford’s Center for the Advanced Study of the Behavioral Sciences (CASBS). He is the originator of the John Henryism hypothesis, which posits that repeated, high effort coping (John Henryism) by African Americans, with racial subjugation and economic discrimination in American society, generates chronic psychological stress, which, in turn, increases their risk for earlier onset and higher mortality from cardiovascular diseases. The John Henryism hypothesis is rooted in African American folklore (namely, the legend of John Henry, the steel- driving man, who beat a machine in a steel-driving contest but then dropped dead from exhaustion), and in a fast-growing literature in public health and public policy research on the role of structural racism in creating, and perpetuating, US racial and social class inequities in health.

Sherman James, a social psychologist by training and a social epidemiologist by profession, is the Susan B. King Professor Emeritus of Public Policy at Duke University. He also holds adjunct professorships in epidemiology/public health at Tulane and Emory Universities. He is a member of the National Academy of Medicine of the National Academy of Sciences and a past president of the Society for Epidemiological Research. He is the 2016 Mahatma Gandhi Fellow of the American Academy of Political and Social Science. Sherman is also a Unitarian Universalist, and we have been delighted to have him as part of our congregation this year.