Join us for the Sunday service, online at 11 am

“A punk album, presenting a world where even our possibilities are colonized. I loved every twisting minute of it.” (Alex White, author of A Big Ship at the Edge of the Universe)

“[It] remained two steps ahead of my imagination, rattling it out of complacency and flooding it with color and heat. . . . Profoundly satisfying.” (The New York Times Book Review, Editors’ Choice) 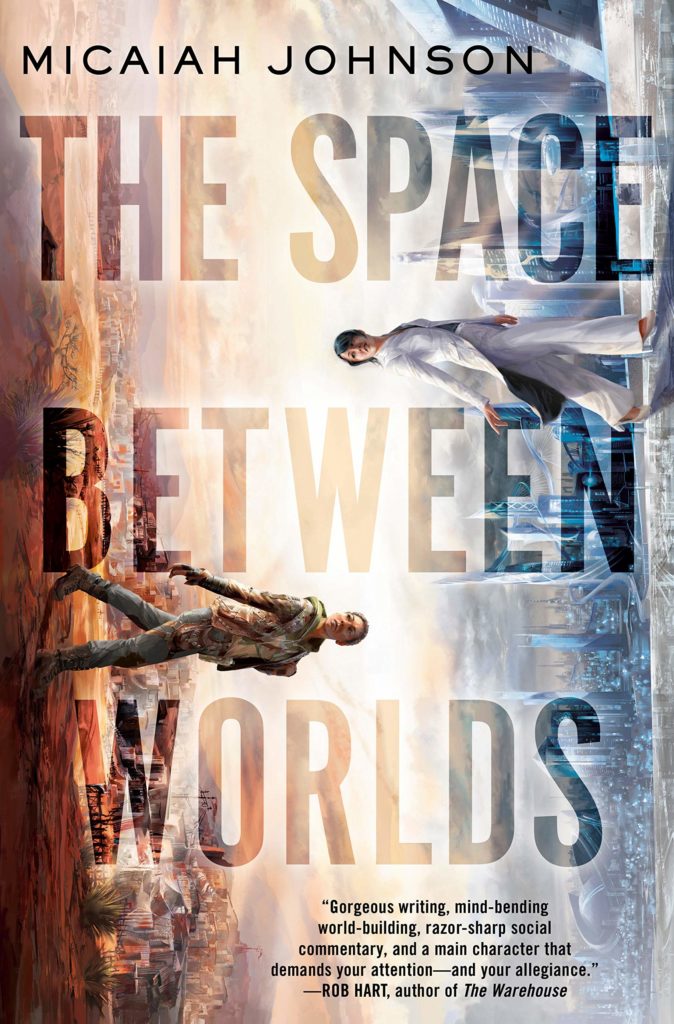 Sounds great! So let’s read the book they’re talking about: The Space Between Worlds, by Micaiah Johnson. The worlds of the title are parallel Earths. As Amazon.com says: “Multiverse travel is finally possible, but there’s just one catch: No one can visit a world where their counterpart is still alive. Enter Cara, whose parallel selves happen to be exceptionally good at dying – from disease, turf wars, or vendettas they couldn’t outrun. Cara’s life has been cut short on 372 worlds in total.

“On this dystopian Earth, however, Cara has survived. Identified as an outlier and therefore a perfect candidate for multiverse travel, Cara is plucked from the dirt of the wastelands. Now what once made her marginalized has finally become an unexpected source of power.” Things go wrong on one of the worlds, and Cara goes undercover in a very sci-fi way.

I couldn’t put it down, and I can’t wait to reread it. (That review is by Amy.)

For extra fun this time, let’s try our hands at writing sci-fi. Short sci-fi. Very short sci-fi. Wired has a Six-Word Sci-Fi prompt each month; this month’s is “A six-word story about your next-generation pet.” Let’s see what we come up with and share them by way of check-in on the 15th.

The Sci-Fi and Fantasy Discussion Group was meeting via Zoom before it was cool! Lovers of science fiction and fantasy, at UUCPA and beyond, have been getting together online to talk about books, movies, and television episodes chosen by the group, every other month since early 2019. Past books include The Broken Earth Trilogy (N. K. Jemisin), The Moon is a Harsh Mistress (Robert Heinlein), Parable of the Sower (Octavia Butler), The Left Hand of Darkness (Ursula K. Le Guin), Red Moon (Kim Stanley Robinson); past television and movies include Arrival, Blink (Doctor Who), Serenity and The Train Job (Firefly), and The Day the Earth Stood Still.